(This feature appears in the current issue of Cheese Connoisseur magazine)

A person’s first taste of lamb can be one of those great palate-changers, a moment when you realize there is a lot more for dinner than the same old steak. Fresh lamb shank, leg or loin have an earthy richness and complexity that makes a lot of beef and pork seem ho-hum by comparison.

Some rookies are introduced to lamb in the form of a rack or chop at white tablecloth establishments. Others have dug into a gyros with feta or a curry at an Indian eatery without ever noticing that the crave-able meat is lamb.

The thing is, the vast majority of Americans have never actually tasted lamb. It wasn’t served as the Sunday roast so we don’t know how to cook lamb, much less how to “French” a rib. That unfamiliarity is a bit mystifying since lamb plays such a central role in Christian, Jewish and Islamic celebrations where spring lamb is a centerpiece symbolic dish.

Lamb’s status is changing fast because well-travelled diners have developed a taste for it. Millennials have grown up eating food from across the globe … and sometimes all in the same meal. Ground lamb is showing up on menus in meatloaf and meatballs, on flatbreads and in grilled, finger-thick merguez sausage. In other words, lamb deniers (like the author) are being won over by the original red meat.

Chef Hosea Rosenberg (above) never encountered or tasted lamb at all when he was growing up. “I finally tried it at a Moroccan restaurant (Mataam Fez) I worked at in college, a lamb tagine, and I loved the flavor,” he said. Rosenberg won season five of Bravo’s “Top Chef” series and now operates Blackbelly, a hoof-to-plate Colorado eatery with a newly opened artisan butcher shop on the premises.

“Lamb had a reputation for being gamey tasting but what that says is that people haven’t had good lamb,” he said. Many in the World War II generation tended to reject lamb because they were served mutton – meat from older and larger animals.

Rosenberg is a diehard believer in the superiority of American lamb despite the fact that Australian and New Zealand lamb is typically lower-priced at supermarkets. “The imported lamb just doesn’t taste as mild, he said.

Blackbelly’s menu includes lamb with braised fennel, wild mushrooms, spiced carrot puree and chickpeas and a family-style meal built around a roast leg. “The cuts available change each day as we work our way through one whole lamb at a time,” he said. One nice touch: foie gras butter is available to top anything on the menu including wood-grilled lamb steaks. 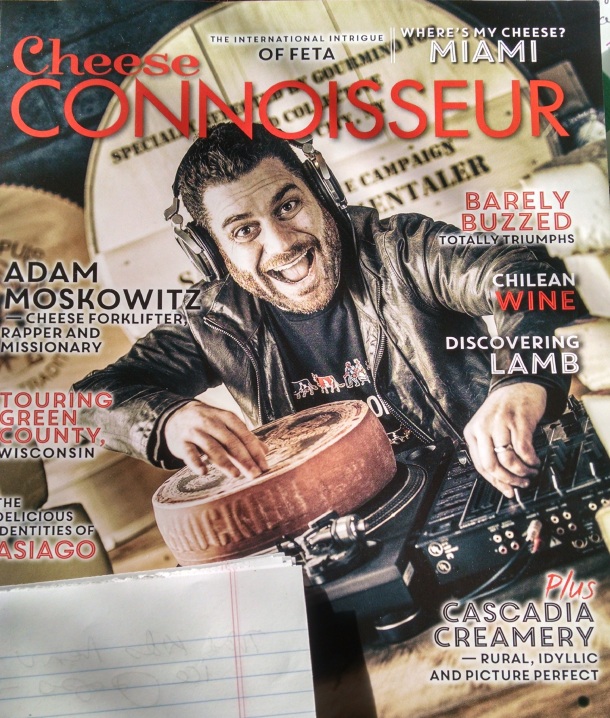 In the meat room: Thinking about muscles

While there are different taste characteristics to various lamb breeds the meat is not typically sold by breed except when buying from a farmer or small butcher. There is no “Angus” or “Kobe” of lamb that are widely available. Ultimately age is the most important factor is how lamb tastes. “Most of the lamb available is young. Lamb gets labelled as ‘mutton’ at the age of one,” he said, as he led a brief tour of Blackbelly’s meat room filled with sides of beef, pork bellies and lambs quarters and ribs.

Matching the right cut with the best cooking technique is essential, as it is for pork and beef. “Think of it like this: If a muscle is used a lot like a leg, shank or shoulder, it needs to cook low and slow to soften all that connective tissue. Ribs and loins don’t get flexed and are tender. They cook very fast,” Rosenberg said.

So treat a boneless lamb loin as you would a New York strip – it’s the same cut but smaller. For best results, simply season and sear the loin on both sides on top of the stove in a cast iron pan and then transfer the pan to the oven to finish. It should be served no more than medium rare otherwise the meat can get dry and tough

In fairly recent cookbooks the directions for cooking lamb often tell cooks to trim off all visible fat. “You do want to trim but if it’s good, fresh American lamb you want to leave some fat on it. Fat is flavor and it keeps the meat moister,” Rosenberg said.

Lamb chops need only about two to four minutes on a grill or in a pan. The thickness of the chops determine how long you leave them on. Salting lamb chops an hour before grilling helps to keep them moister.Cook those tender little “lollipop” chops carefully at the very last minute so they can be served hot straight to the plate from the pan.

The mixed marriage of lamb and cheese

Lamb shoulder and leg need to be prepared low and slow and must be set on a rack above the bottom of the pan so that the meat cooks evenly and doesn’t sit in and reabsorb the fat. “You coat it with spices so that it gets a nice crust,” Rosenberg said, smiling at the thought of all that caramelized bliss. For a change of taste, lamb shank can be simmered in broth and are an ideal candidate to smoke slowly in a wood smoker.

Lamb adjusts to almost any seasoning scheme but the best flavors seem to come from the places where it has been served the longest. “The people who nail the flavor of lamb are all around the Mediterranean,” he said. In other words, use lots of olives, sea salt, black pepper, garlic, olive oil, lemon and rosemary and the region’s cheeses from Pecorino Romano and chevre to a dozen variations on a feta theme.

It is that flavorful shoulder, shank and leg meat that pairs well with cheeses, especially in sandwiches and salads and with thick tangy yogurt sauces like Greek tzatziki and Indian raita. Lamb’s affinity for dairy shows up on bistro menus as lamb shank ragout with fresh ricotta, lamb leg French dip sandwiches with Emmentaler, or grilled yogurt-marinated lamb loin chops. Upscale burger chains are popularizing lamb burgers, often seasoned like gyros and served with feta or chevre.

Lamb also has a natural affinity for red wines, and is often paired with pinot noir. Rosenberg suggested Tuscan wines and reds that with some acidity, tannins and fruit to balance the rich earthy notes in roast leg or lamb sirloin steak with a highly hopped and aromatic India pale ale (IPA).

It’s not good to be too green

The final step is to NOT mess with the perfection that is a well-cooked piece of mild lamb by serving it with that truly horrific fluorescent green mint jelly, Rosenberg suggested. Try a fresh pico de gallo with chilies, a herbaceous chimichurri sauce or a tart gremolata. Save the sweet sauces and chutneys for meats that have a natural affinity for sweetness: pork, goose and venison.

The American Lamb Board offers recipes for roasted leg of lamb and pulled lamb sandwiches with goat cheese, arugula and caramelized onions

Salt and pepper to taste

2 to 3 American lamb shanks (about 3 pounds)

In a kettle, combine lamb shanks with broth, chili powder and 1 onion, sliced. Cover; bring to a boil. Simmer 2 hours or until lamb is tender. Remove shanks from broth and when cool enough to handle, pull meat off bones into shredded pieces. Slice remaining onion; gently sauté in oil over medium heat until sweet and caramelized.

John Lehndorff is a Colorado food journalist and host of Radio Nibbles on KGNU-FM. . Read his culinary blog Nibbles at johnlehndorff.wordpress.com.